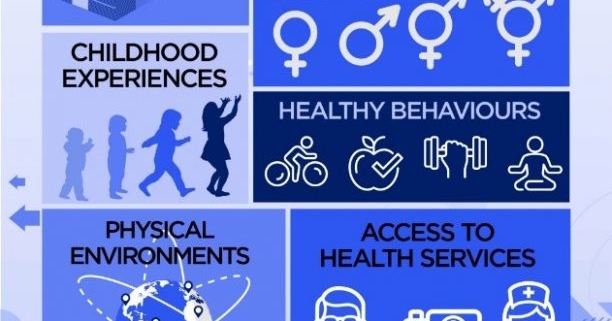 A few years ago, a woman came in to see Dr. Gary Bloch at his family medicine clinic in Toronto.

She had “just terribly, terribly controlled diabetes,” he said. “Her blood sugar was literally through the roof, for many reasons.

The woman was starting to develop complications of diabetes — numbness in her feet, kidney problems, vision problems, Bloch said.

His treatment? Helping her improve her income.

Bloch and his team at the Academic Family Health Team at downtown Toronto’s St. Michael’s Hospital helped the woman apply for the disability benefits she was entitled to — just one of the services they provide. They also help patients do their taxes so that they get benefits like the Canada Child Benefit, and apply for programs designed to help low-income individuals, along with other social supports.

The clinic isn’t giving away money — these are government benefits that these patients qualify for – but helping people do the paperwork can make a big difference in their lives, and their health, Bloch said.

In this case, getting disability support meant that the woman had a steady source of income, he said, and was able to get some of her medications covered. “The change in her diabetes status was actually quite dramatic,” Bloch said. “Literally, her sugars came down by more than half. You talk to anyone who deals with diabetes and that is very, very unusual.”

Getting just a few hundred dollars extra per month leads to dramatic changes in his patients’ health, he said.

“Worlds open up. I know that sounds dramatic but it is absolutely what I see over and over again.

“Someone like this, they’re suddenly able to go rent a place, they’re able to buy food, they’re able to attend appointments with me and they’re able to often go to counselling.” All this improves their health, he said, allowing them to take medications regularly, eat better and take care of themselves.

From tent to apartment

Visiting Bloch’s clinic made a difference in Brian’s life. Brian, who lives in Toronto and didn’t want his last name shared for privacy reasons, used to be homeless.

He ran away from home at 14 and spent years moving around Canada, including 23 years living in a tent in B.C. and the Greater Toronto Area.

When he needed medical help, he visited the emergency room. One time, he said, “I got a ride out of Toronto as far as Highway 9 and 400, and I was on the on-ramp hitchhiking north back to B.C. and I had my third heart attack right there on the ramp.”

By the time he got out of hospital in Newmarket, he said, someone had slashed up his tent. He moved again, setting up at times near the Metro Toronto Zoo or the Ontario Science Centre as his chronic obstructive pulmonary disease began to give him trouble again. So he was back in the emergency room, this time in Scarborough.

Eventually, through referrals from various homeless programs, he got in touch with Bloch.

The clinic helped him get a prescription for his medications through a pharmacy, get funding for his special medical diet, get disability payments, counselling, and housing support. He also receives Old Age Security payments and the

Now in his 60s, Brian no longer lives in a tent.

“I’m styling here, I’m sitting on top of the world now,” he says of his one-bedroom apartment. He takes occasional work driving a bulldozer and has even reconnected with the family he left behind at 14.

His health has improved, too.

“I haven’t had any trouble with my heart for a long time now. As long as I keep doing my pills and everything, it’s good.”

Although he still gets short of breath at times, his COPD is better, he said, and he no longer has angina pains.

Income is very closely tied to health, according to Dennis Raphael, professor at York University’s School of Health Policy and Management. Low income is associated with a higher risk of “everything except prostate cancer and breast cancer,” he said.

Many cancers, arthritis, diabetes, kidney disease, respiratory disease, stroke and more are all associated with income, he said. So is life expectancy — according to a Statistics Canada analysis of data from 2005-06, men in the richest Canadian neighbourhoods live almost five years longer than those in the poorest.

“Basically, when you are living under conditions of material deprivation, it does things to your body that make you more susceptible to disease.”

Scrounging for money is also stressful, he said, and chronic stress, day after day, takes a toll on your health. And some people deal with stress in a negative way — drinking, smoking, using drugs, or eating bad food, he said.

“I often say there is no better-studied epidemiological link out there right now than between poverty and poor health,” Bloch said. “I’m at the point where I wonder why people keep even looking at it because I think it is that well-proven.”

Many of his patients aren’t aware of the benefits they’re entitled to, or why they should file taxes even if they know they won’t owe any money, he said. “People basically face multiple levels of barriers, whether it’s health barriers, social barriers, educational barriers, literacy barriers. Just basic knowledge barriers of where to go.”

Many Canadians aren’t getting the money they’re entitled to, even when they do claim it. A 2014 report found that the government was sitting on hundreds of millions of dollars of uncashed cheques for tax benefits and refunds.

The Canada Revenue Agency is “promoting and raising awareness” of benefits and credits that can only be obtained through filing taxes, the agency wrote in a statement. “In 2017?18, the CRA sent letters to 300,000 lower-income Canadians who had not filed a return, informing them they might be eligible for benefits and credits which they are not receiving and encouraging them to file their returns,” the CRA wrote. Only 37,934 returns were filed as a result, they wrote, though these accounted for millions of dollars.

“I believe that a lot of people that are living on the street don’t know how to access this stuff because they’re in another world,” Brian said.

“The biggest problem with being homeless is they got no money,” he said.

Now that he has a bit, with support from Dr. Gary Bloch and Celia, a social worker at the clinic, “My life is completely changed around now.”

“I have family, (…) my cupboards are full. My fridge is full. You know, I don’t want for nothing. I have money for transit. It’s been a complete turnaround and I really put all of that back to St. Mike’s at 80 Bond St. and to Gary and Celia.

“If it wasn’t for them, who knows where I would have been right now? I might be dead, OK? And that’s no lie.”

“After the first meeting, people walk out of our office differently. It is the beginning of the Access Effect –as individuals self esteem begins to improve and they start to interact differently with the community, paying back bills, shopping locally and even volunteering.” Michelle – Access

A Word From Our Board Chair

Call for Action to the Federal Government
Scroll to top